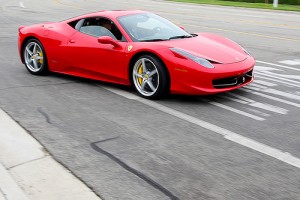 England captaincy, a hot woman by his side and thousands every week, life was going well for John Terry until he decided to ‘allegedly’ have a steamy affair with Wayne Bridge’s wife. He subsequently lost his England arm band and one of his best mates.

Still, it’s not all bad when you consider he owns a Ferrari F430. The 490bhp V8 is probably enough to turn that frown upside down – even when the papers are doing their best to ruin his career.

The Vanquish is one of the finest cars Aston ever made. Immortalised by the James Bond film Die Another Day, the Vanquish is British engineering at its best. And Frank Lampard obviously agrees as he paid around £190,000 for his 520bhp monster.

We’d love one, but as long as it wasn’t the awful flappy paddle gearbox one. That gearbox was truly awful in every single way. 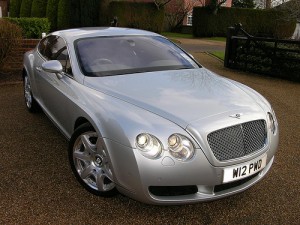 Ryan Giggs has an array of supercars that would take far too long to list, but one of the outstanding ones is his Bentley Continental GT. The big Bentley is a 550bhp, twin-turbo bruiser with four-wheel drive and more luxury than the Titanic – before it sank.

The same can’t be said for his Lincoln Navigator, though – why do footballers continue to buy such rubbish? 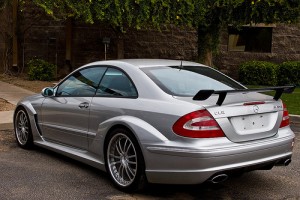 Rooney has had quite a few nice cars in his day, including a not-so-nice Ford KA. But one of the best has to be the Mercedes –Benz CLK DTM which is just one of 100 ever made. It would have cost Wayne around £200,000 when new and is capable of around 220mph. 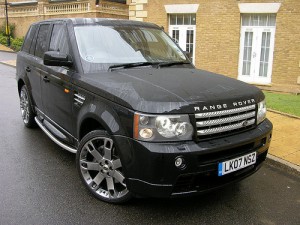 Gerrard has owned Porsche 911s, Mercedes SLKs, Aston Martin Vanquishs and BMW X5s, but we think his modified Range Rover Sport is probably his finest buy. With the usual ‘let’s add a bit of vulgarity here’ mentality, Gerrard has a Range Rover Sport that can make babies cry and men envious.

It’s not subtle, it’s not pretty, but it is fast and menacing, and for that, you have to love it.

Michael Owen doesn’t just love horses; he also loves a good car. His collection ranges from an Aston Martin DB7 to our pick of the bunch, a Jaguar XKR 460 Typhoon. This special edition sports car was heavily modified by Jag specialists Racing Green Cars, and it shows that Owen has some taste in exotic ownership. 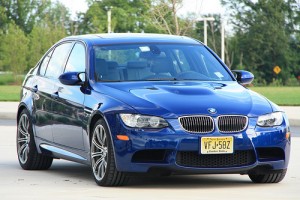 Goldenballs has owned basically every car during his illustrious career, and we’ve had a hard job of picking the best. After all, he has owned X5s, 911 Turbos, Range Rovers, Navigators (awful), DB7s and the rest.

But we think that his best buy is a BMW M3. Sure, it’s not the fastest car in the world, but the M3 represented Beckham’s first proper drivers’ car, and if nothing else, it proves that he does like his motors for enjoyment and not just to pose in.

Tottenham ace Jermaine Defoe may have a bit of a ‘jack-the-lad’ reputation, but he obviously knows how to spend his money wisely. He owns everything from AMG Mercedes and Range Rover Sports, but our pick has to be his Aston Martin V8 Vantage.

With a 380bhp V8 under the bonnet, the Vantage is fast enough to take any WAG to the hairdressers and out for lunch in no time. 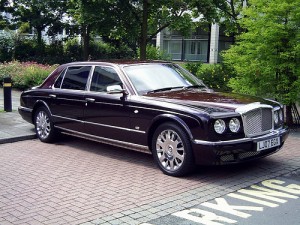 Manchester United defender Rio Ferdinand has now become a legend in our eyes, and it’s all because of one car – the Bentley Arnage. The Arnage isn’t a popular footballers’ car – because it’s good. Its two-tonnes of British stereotypes, wit and Queen’s English, it’s long, pompous and heavy. It’s everything a Bentley should be, and we applaud Rio for buying one.