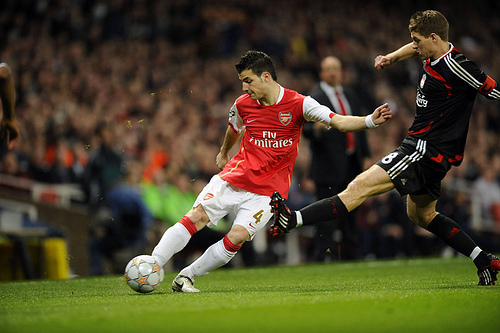 Comments Off on Betting on Football – What To Look For

Football is one of the most unpredictable sports around, and that’s why so many people love it. This is not so advantageous for those who bet on the beautiful game. Although there is no definite technique or skill to betting on football, there are clues and hints knocking around if you know where to look.

From a personal point of view, I like to look at goals a team scores and concedes as a starting point. For example a team who is lethal in front of goal at home, but very goal shy away. I would stay away from betting on them when they play away from home, but be confident that they will score when playing on home soil. Of course it doesn’t matter if they score 1 or 4 at home if they are conceding just as many. These points are also relevant if you are betting on a both teams to score market, or an overs/unders market.

Form is also an indicator many people look for, this can be deceptive though and it is in fact better to sometimes go against immediate form depending on how consistent or inconstantly a team has been performing over the season as a whole. I tend to bet against teams down the lower end of the league who had a big win the weekend before. This is because very rarely do teams closer to the bottom of the table get a few good results on the bounce, after all that is why they are down the wrong end of the table.

Another thing to consider is if one of the teams playing has any major injuries picked up recently. On some occasions this totally changes how a team plays and performs, especially if it is an influential leader or goal scoring machine that is missing the game. As well as this, players who are out of form but still getting picked in the starting line up are sometimes a hindrance more than a help to their team so again, a knowledge of the team in question is an advantage.

I would also recommend not betting on teams who have been involved in a tough midweek European game, especially away from home. Teams in the Europa League often play on a Thursday night then Sunday afternoon, giving the manager and players a maximum of 2 days to prepare. Once more I would say this is by no means a fool proof way of betting but with a bit of common sense and some basic football knowledge you can consider each case on its merits.

One final piece of advice I would give is avoid betting on or against your own team! Far too many times in the past I have been let down by my own sides failure to win and it makes the journey home even more unbearable!