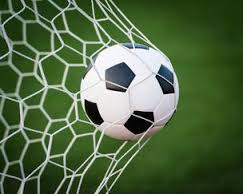 Comments Off on Qualities of a good goalkeeper

One of the most underappreciated positions is soccer is also one of hardest: the Goalie. He is the first to be criticized for letting a ball through his goalkeeping gloves and the last to be congratulated for a win. They always expect the amazing save but always are ready to load on the blame for a loss. It is a position for those who have the following qualities:

Fast reactions are extremely important as a goalkeeper. You need to be able to physically react very quickly while thinking at the same time. Corner kicks, penalties and offensive strikers are the most threatening points and all require extreme fast judgement and action.

A good goalie will also need to be confident in his abilities and judgement. He will have to collect ball from a through shot from the opposition and sometimes do so over one of the team mates. He also has to have confidence in his defense when he has to cover one side while they cover the other.

A hallmark of a good goalkeeper is to have the agility to change directions quickly. Most successful goalkeepers have been tall and built well but even then they have been extremely agile. This agility has to be in spite of all the goalkeeping gear.